** not accepting affiliates at the moment **
Site Information

For optimal viewing: This website is best viewed in a resolution of 1024 or higher and in Firefox, Opera or Chrome. Javascript, CSS and Tables.

This fansite is strictly against any paparazzi or stalkerazzi pictures. We will not support any kind of bashing or privacy intrusion into Helen’s life and/or the one of people around her. We will also not post any gossip or rumors on private life matters.

Dame Helen Mirren won’t watch her own scenes back.

The 73-year-old actress feels “paralyzed” if she catches a glimpse of her work in camera in the middle of a movie shoot and she’d rather feel “free”.

She told Britain’s Grazia magazine: “I don’t like to look at myself while working.

“I don’t watch them back. If I look, it sort of paralyses me and I want to be free and relaxed.”

Helen recently admitted she has a “secret ambition” to be a villain in a James Bond movie.

She said: “[Women] get to play much cooler villains these days. But I’ve always had a secret ambition to play a villain in a James Bond movie.”

Asked whether she might try to further her case for a role in a Bond film, she added: “I’m not very proactive in that way. James Bond is such a well-oiled machine. It’s hard to put a spoke in that wheel.”

Helen was recently seen playing Mother Ginger in ‘The Nutcracker and the Four Realms’, which also features Keira Knightley and Morgan Freeman.

And the veteran star has admitted to relishing the on-set experience of working on the fantasy film.

She shared: “The costumes! My God! Every costume is a complete work of art.

The gallery has been updated with over 800 HD screencaptures of Helen Mirren in the movie Winchester. Take a look and enjoy! 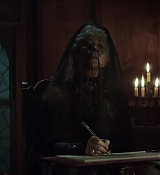 The gallery has been updated with 1800 HD screencaptures of Helen Mirren in the movie The Leisure Seeker (2017), in which she played Ella alongside with Donald Sutherland. Take a look and enjoy!

Traveling in their family Leisure Seeker vintage recreational vehicle, John and Ella Spencer take one last road trip from Boston to the Hemingway House in the Florida Keys before his Alzheimer’s and her cancer can catch up with them.

Take a look at the upcoming Grazia UK issue from July 22nd, dedicating a corner to dame Helen Mirren.

Itâs the final day of the 72nd Cannes Film Festival and in a suite in the Hotel Martinez (where the A-list flock annually), weâre setting up for the arrival of a bona fide British legend â an actress with over five decades experience, 70-plus films under her belt and one of the few Brits to ever scoop up the elusive Triple Crown of Acting (winning an Academy Award, Emmy Award and Tony Award). But to everyoneâs surprise (because, in this industry, being fashionably late is wholly expected), LâOreal Paris Ambassador Dame Helen Mirren arrives on time and with little kerfuffle â no entourage in tow scribbling down convoluted coffee orders, no bodyguards sweeping the styling rail. Instead, just one manager and a laid-back outfit â her hands slouched casually in the pockets of her black Adidas tracksuit bottoms. All-in-all, an oddly serene set up for one of the most iconic British women in film â a testament to her no-fuss, no-fluff attitude.

Indeed, fluff is something Helen simply cannot abide, especially when it comes to the cosmetics industry and the way, for decades, women were addressed with scaremongering terminology like the outdated âanti-ageingâ rhetoric. âHow can a product be âanti-ageingâ?â questions Helen. âThatâs like saying Iâm anti-sun, well the sun is going to rise, âWell no, Iâm anti it.â But thankfully â with the likes of Helen and many others speaking up on the subject, as well as brands taking note of changing customer expectation â the lingo has shifted as part of a wider sea change in the sector. âAll of these fences have been slowly broken down. And I think what LâOreal [Paris] have done is theyâve truly embraced it. Theyâve incorporated different ages and genders, theyâve incorporated race, theyâve incorporated disabilities. A diverse, realistic representation of people â an authentic selection of who we all are. Itâs why Iâm proud to be an Ambassador.â

Read the full article/interview in our press library.

The gallery has been updated with HD screencaptures of Helen Mirren as Sofya Tolstaya in The Last Station. Take a look and enjoy!

In 1910, famed novelist Leo Tolstoy and his wife Sofya vehemently disagree over the rights to Tolstoy’s literary legacy. Sofya believes her husband should bequeath them to her upon his death, while Tolstoy’s chief disciple, Chertkov, has nearly convinced the writer to sign the rights over to the Russian people. To this end, Chertkov inserts a spy into Tolstoy’s household, who promptly falls for one of the novelist’s daughters. 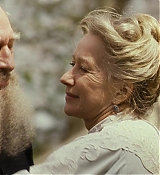 ** not accepting affiliates at the moment **
Site Information

For optimal viewing: This website is best viewed in a resolution of 1024 or higher and in Firefox, Opera or Chrome. Javascript, CSS and Tables.

This fansite is strictly against any paparazzi or stalkerazzi pictures. We will not support any kind of bashing or privacy intrusion into Helen’s life and/or the one of people around her. We will also not post any gossip or rumors on private life matters.